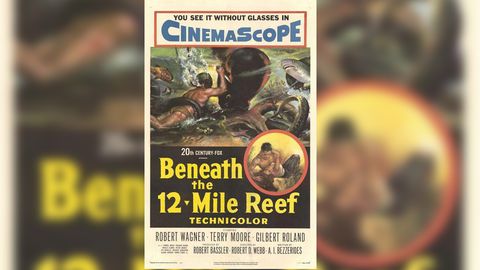 Beneath the 12-Mile Reef

Fierce competition among sponge fishermen forces a Greek-American family to fish in the dangerous 12-mile reef area off the western coast of Florida.