Home • Mankind • Africa • the beat of the Gamba 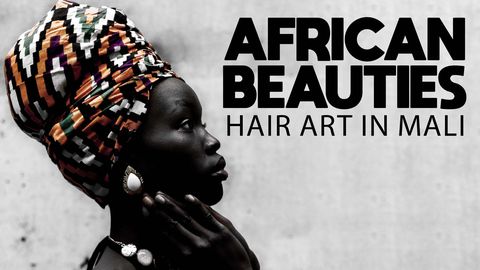 Antelope moon, golden dates, desert flowers. There are hundreds of words which convey the beauty of African women. Copious amounts of time have been dedicated to this subject, in particular the amazing hair creations. Works of art, based on ancient knowledge, adorn the heads of women from the busy Malian metropolis of Bamako on the river Niger to the Sahara, the world's largest desert, on which the Tuareg nomads roam. 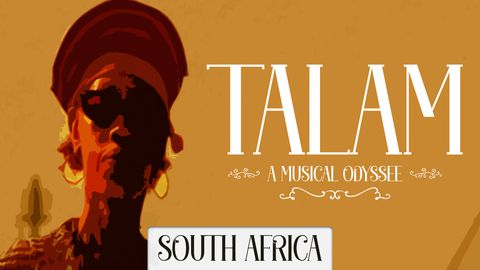 Talam is a journey through the roots of mankind, a tour of man’s both welcoming and hostile abodes. It is an investigation of the colours and primeval sounds of Music and an attempt to capture their communicative power. 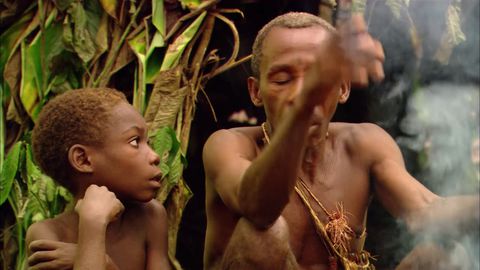 Eyengui, the God of Dream

This is not fiction, it’s crude reality. This film tells a true story about the customs, problems and enigmas, of one of the most primitive ethnic groups on the planet- the Baka pygmies - as they fight to maintain their way of life. In the depths of the jungle of south-east Cameroon, recreating the scene, we see how a woman and her daughter are kidnapped by sorcerers for the start of a cannibal ritual, the woman is petrified, her face a mask of terror. 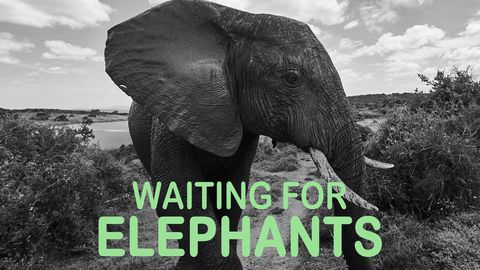