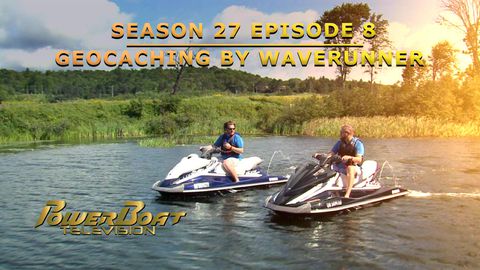 Steve and his pal go on a GPS scavenger hunt from Barrie to Kingston and up to Huntsville on a pair of Yamaha WaveRunners chasing Geocaching clues. Mike is in Missouri to team up with a pro fisherman to showcase a new Tracker Pro Team 175 TXW with a Mercury 60 hp outboard. On My Boat, we follow a unique and massive project: adding a whole new stateroom on an older Silverton! 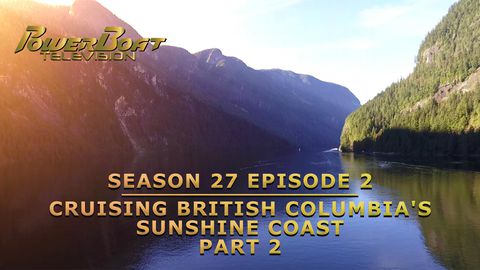 Mike takes you exploring on BC’s spectacular Sunshine Coast. Meanwhile, Steve heads to Central Florida to profile a 2017 Tahoe 1950 with Mercury power and, on Footitis, reviews a 2004 Regal 2450. For My Boat, Mike installs a set of Lumitec underwater LED lights. 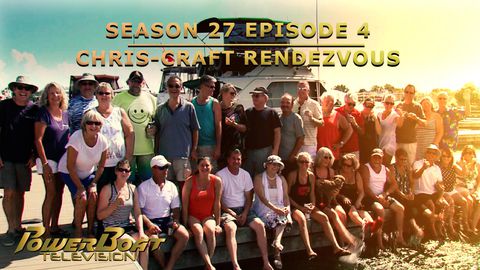 Steve heads to the Port of Orillia to find out what makes Chris-Craft owners tick. Later, he tests Yamaha’s entry into the rec-lite PWC category, the EX Deluxe WaveRunner while Mike takes a 2007 Doral Elite 265 BR for a test drive on Footitis. Learn how to upgrade your batteries on My Boat. 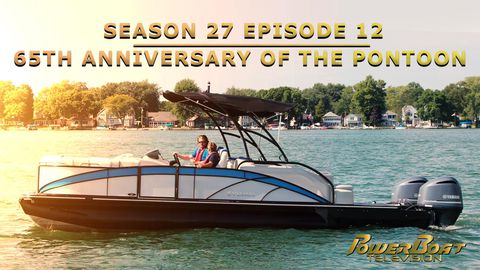 It’s hard to believe, but the pontoon boat turns 65 this year! Steve looks back at the evolution of the pontoon from its humble beginnings to the luxurious, high-performance machines they are today. Then he gets a look at Hull #1 of the largest offering from Cruisers Yachts, the 60 Fly before going back in time with a 1966 Chris-Craft Constellation for Footitis. On My Boat, a new handcrafted wood boat gets the latest power from MerCruiser with a 6.2L DTS.