English for Kids - Me and my robot 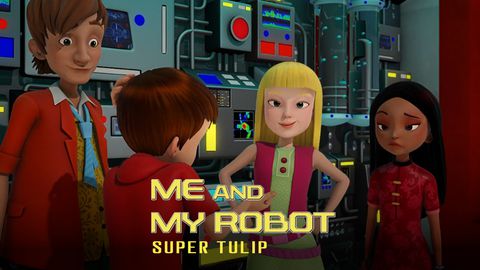 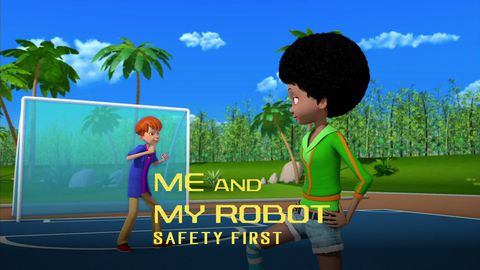 Nikils has just received a robot that will teach him to dance using a hologram of Miss Melinda as his partner. He can't wait to try it out. Unfortunately, he gets interrupted by one of Wince's failed attempts to bother Eugene. The headmaster wants to return to his dance lesson and promotes Eugene to "head of school security" for the rest of the day. He's responsible if any accidents happen! To accomplish this delicate mission, Eugene reprograms Chip into a very accurate danger detector and the l 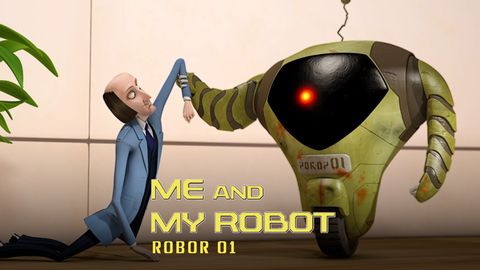 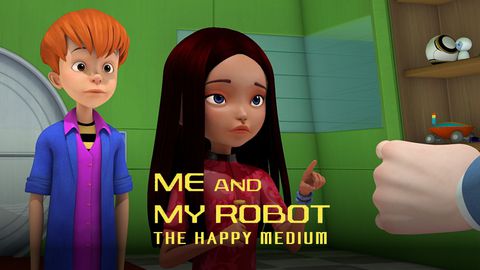 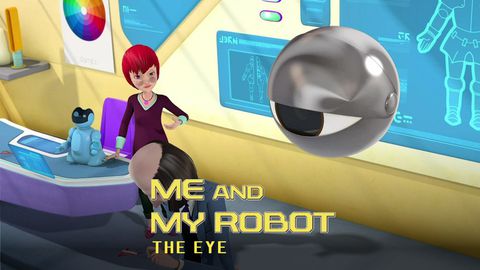 Eugene and his mates have organised a secret horror film evening in Miss Melinda's classroom. Unfortunately for them, the school is subject to a surprise visit from "The Eye", a robot sent by the academy. An excruciating inspection ensues. Miss Melinda asks her students to be on their best behaviour all day long : the school's reputation is at stake. Hoping to still be able to hold their film session that evening, the students are as good as gold. But will they fool the Eye? 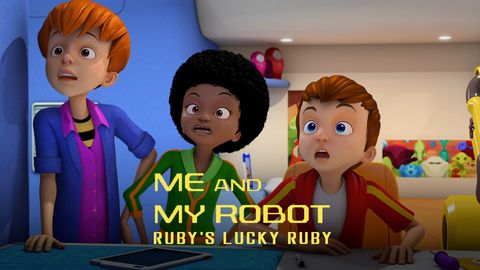 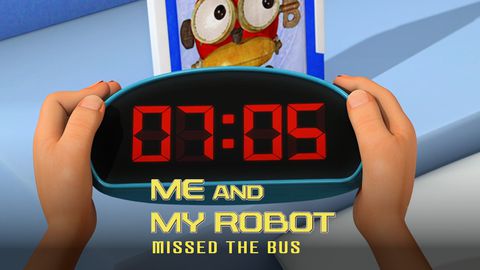 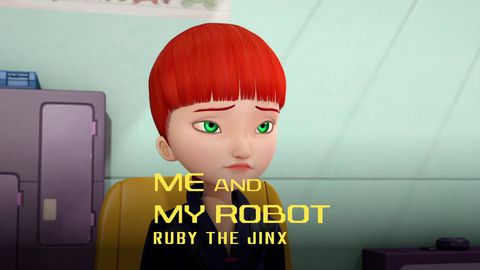 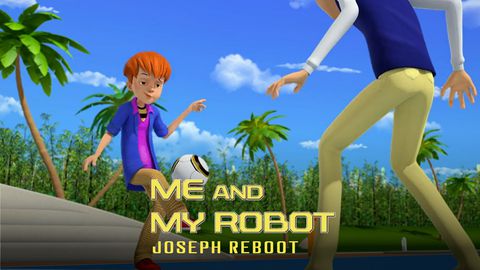 Wince and Joseph are competing for the second top player position in the school football team, behind Maia. But during the showdown, not only Headro can't decide whom to pick and postpones the session... but Joseph's back seizes up. Now that he is unable to play, he fears he won't be chosen. Thankfully, Eugene has an idea. He creates a perfect hologram of Joseph around Chip and sends the robot to play in his place whilst his friend gets better. But will they manage to fool Wince? 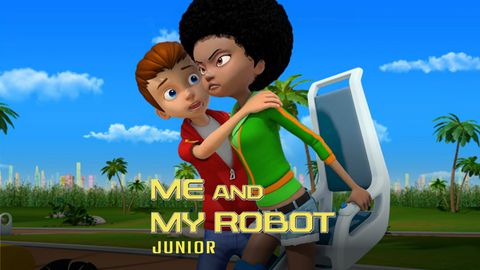 Maia juggles a football in front of her friends... and twists her ankle in the doing. The sports-girl has a splint fitted and has to move around on a floating chair. For Maia, who is used to being in the midst of the action, this is the end of the world. Thankfully, Eugene has an idea to help put her out of her misery : he invents "Junior", a cute little robot that needs constant attention. After the initial surprise, Maia falls for the robot and won't let it out of her sight... But Ms. Rose con 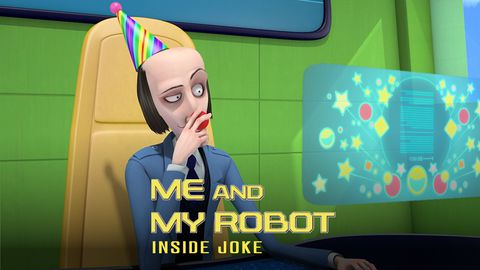 Joseph, true to himself, has just downloaded a program that turns robots into "professional pranksters". Chip is intrigued and begs Eugene to let him try it. Meanwhile, Nikils finds a program that teaches good manners in the hope of seducing Miss Melinda. Everything gets more complicated when a misunderstanding occurs and Joseph's program infects the central computer whilst Nikils' spreads into Chip... Suddenly all the school robots are joking about and Chip apologises profusely for his every mo 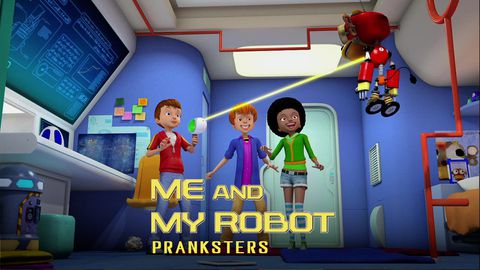 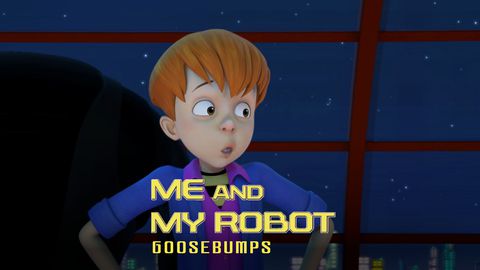 Eugene and his friends sneakily want to watch a horror movie about a psycho dentist, rated 16, at the same time Nikils receives a robot dentist, specially made to treat children without hurting them. To watch the forbidden film, Eugene must hack Nikils' box. Unfortunately, the hacking takes a wrong turn and switches the programs, turning the sweet little robot into a blood-loving dentist. The kids are in for a real night of horror... 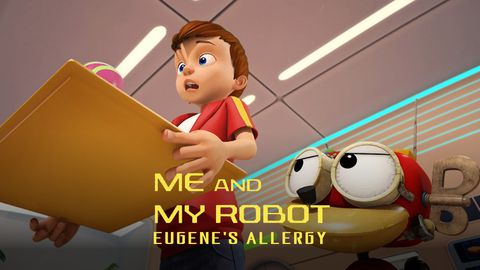 Eugene has a surprisingly strong allergy, making him flinch uncontrollably on the day of the medical inspection. He comes to the undeniable conclusion that he is allergic to Chip! If the medical robots find out they will separate them. Chip spins the situation and tells Nikils that Eugene isn't acting bizarrely in his presence, but merely practicing for the "Robots got Talent" dance contest! Nikils believes him and gets excited, wanting to help Eugene get noticed by the jury...

On Monday morning, the only thing the students can talk about is : the test that will be taking place today during Ms. Rose's class. The stakes are high because those who fail the test will have to endure a whole weekend of detention with the teacher! Each student has their own studying technique and shares it with the rest of the classmates. But when Joseph explains his, Eugene, Chip and Maia realise he studied for the wrong subject. In a panic, Joseph begs his friends: to help him cheat! 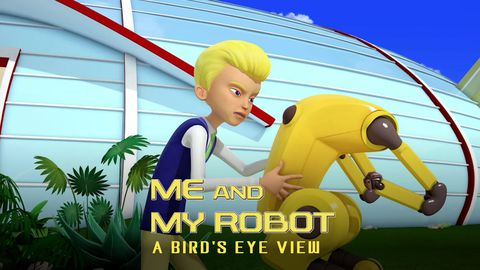 Wince is ecstatic. He has just got his hands on a USB key that contains a program that will boost his personal robot ZYG360 and become the highest performing robot in the whole school. But just as he's about to install it, a seagull is attracted by the shiny device, swoops down and swallows the key. A game of cat and mouse ensues, as Wince will do anything to get the USB key back. The bird is saved by Eugene and escapes Wince's grip. To understand the bird's problem, Eugene reprograms Chip to sp 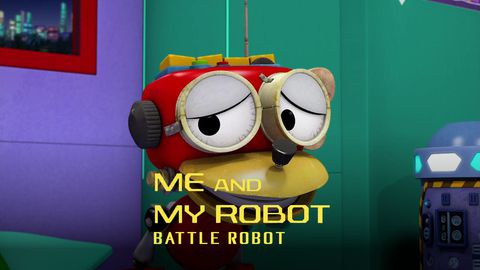 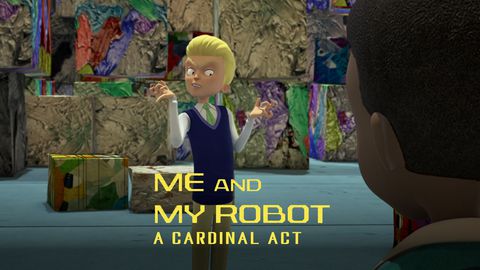 Eugene and his classmates are rehearsing a play, directed by Miss Melinda, called "The Three Space Musketeers". All the roles have been assigned, except the villain character, "Grand Space Cardinal". Two actors are fighting for the part : Wince and... Chip. The competition between the budding actors will be fierce. To support his little robot, Eugene accepts a bet made by Wince. If Chip isn't selected by Miss Melinda, Eugene will hand over his new computer-pen. Unfortunately for him, Chip is a l 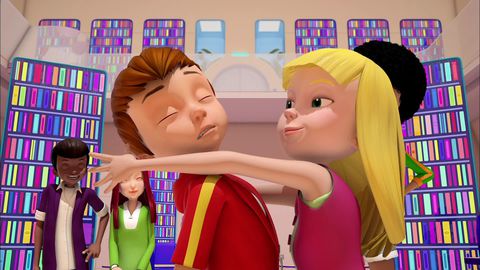 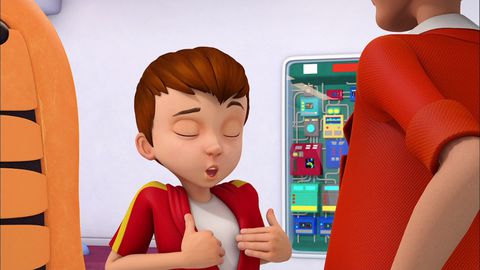